Home Products The History of Cannoli

Cannoli originated from the island of Sicily and roughly trace back to the middle ages. Cannoli is best described as a tube-shaped, fried pastry shell that is piped with a delicious creamy filling.

Although Cannoli are usually sold in a trio of flavours ( vanilla custard, chocolate, ricotta), it is believed that the first flavour ever used for a number of years was ricotta.

During the early 1900s, as Italians began migrating to America, variations were made to the traditional recipe. This was mainly due to a lack of ingredients, however it sparked the beginning of the great range we have available today. 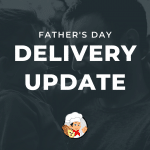 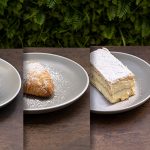 Say hello to our brand new cakes and desserts

TAKE $5 OFF
your first order!